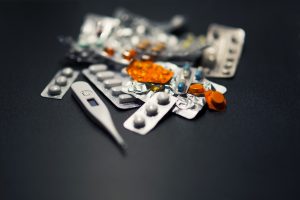 Flu season is in full swing

Winter is still in full swing, and with it worries over influenza. And, recognizing flu symptoms in seniors isn’t always easy. Most people know the sign of the flu, which comes on suddenly and can include fever, aches and pains, weakness, and a loss of appetite. However, diagnosing the flu can be harder among senior populations, so recognizing the symptoms, and the differences in how the virus presents itself in older populations can be life-saving.

In the United States, there have been an estimated 12 to 61 thousand deaths from influenza since 2010, according to the Centers for Disease Control and Prevention. Those over the age of 65 accounts for as much as 85% of flu-related deaths. As we age, our immune systems weaken. When bodies have trouble fighting off the flu virus, it can lead to more serious health complications such as pneumonia. Because seniors are at more risk, it is essential to recognize some of the symptoms that may go unnoticed.

Knowing how flu symptoms differ from cold symptoms is the first step since, frequently, the symptoms can be similar. However, while a cold typically comes on gradually flu symptoms are more sudden and usually more severe. With both the flu and cold, people may experience a runny nose, sore throat, congestion, and a cough. With the flu, additional symptoms can include fever, body aches, chills, fatigue, and weakness, as well as chest discomfort and a headache.

Symptoms can differ among older people, so if you think you have the flu, it is best to go to your doctor who can order a flu test. Seniors over 65 were less likely than younger populations to report symptoms of fever, cough, and sore throat, according to a 2018 study published in the Journal of the American Geriatrics Society. Older people with the flu were more likely to report a loss of appetite and fatigue, though some in the study did have low-grade fevers.

If you think you have the flu, it is important to get treatment as quickly as possible, within 48 hours is best, according to WebMD. Ask that your doctor test you for the flu. Your doctor can prescribe antiviral drugs that can reduce symptom severity, length of sickness, and can prevent further flu complications.

It is also crucial to do everything to prevent catching the flu in the first place. The CDC recommends that everyone over the age of 6 months, but especially those in vulnerable groups like those over the age of 65, receive a flu vaccine annually. Flu season runs from October to May, so doctors recommend getting the vaccine before the end of October, but it can be worth getting later if you missed the opportunity. Other preventative measures are washing your hands regularly, avoiding crowded areas, or wearing a mask in places where there may be lots of people, disinfecting home surfaces regularly, and eating a healthy diet.

Never be too cautious

The flu is a serious virus that still kills people every year. Recognizing flu symptoms and working to prevent them is the best way to stay healthy and avoid complications. For more information about influenza among senior populations, visit the CDC website.

Image by Karolina Grabowska from Pixabay

You may also like: Healthy Living and Safety Tips for Seniors

More from the Care Giver Corner